In Myths versus science I want to clairfy so-called facts that circulate in newspapers, magazines or social media. Therefore, I will look into the cited studies and check out websites and authors. I’ll present you one example of a myth that stands for a thousand more that pop up every day in the internet. In this way I want to show you how manipulatively journalists use studies for their scandalous propaganda to increase their readership and – of course – their income.

In this episode I will focus on milk and bones.

Recently I discovered a disturbing article that stated that milk harms the bones (it’s in German but you shouldn’t read it anyway). Furthermore, I found a video from the well-known Doctor Michael Greger from nutritionfacts.org also discussing this myth. Both cite a study from 2009 from the journal Osteoporosis International which compares the bone density of “normal” omnivore women with vegan-living Buddhist nuns. Apparently, between the examined groups the bone density did not differ significantly, so they state that milk-consumption is unnecessary for bones and is even harmful.

The article itself: appearance and language

Appearance and language shape the first impression. If an article looks scientific, we tend to believe it’s content.

The headline and subheadline (“Is milk actually causing illness?” “Milk harmes the bones“) are judgemetal and provocative. The introduction reads as follows:

Milk contains calcium and calcium is good for bones – but that doesn’t mean that milk […] is healthy – although half the world believes it […].

Makes you feel kind of stupid to be part of the believers, right? The author implies an answer before stating the facts, which is a manipulative writing-technique. That should be the first hint for you to be suspicious and critical about the content that follows.

The study: quality of publisher

Our next look falls onto the cited study, especially the publisher, to get a first impression of the quality. 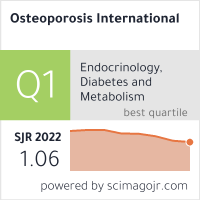 The study they use was published in the journal Osteoporosis international. This is a peer-reviewed medical journal publishd by Springer. It has an impact factor of 3.819 and ranks as a Q1 journal in the SJR. In conclusion, it is considered to be a high-quality journal. Therefore the studies published should also be considered valid and well-conducted.

Then the tricky part begins. Although the cited journal is high-quality and the study is well-designed, the conclusions the authors of the article draw are twisted and manipulated. They do not specifically tell lies, but shape the truth.

How to shape the truth

Let’s take a look at a few critical points of the article and study:

In conclusion, it is of course not possible to eliminate all factors that acompany a specific lifestyle. Not all causalities can be clearly identified (Read more about correlation and causality here). Nevertheless, you can not deny the huge impact they might have – what the article unfortunatly does.

Even peer-review can go wrong

Not only the author can make mistakes with interpreting, also the peer-review isn’t flawless.

“The average dietary calcium intake among vegans was 375 g/day, which was significantly lower than the intake reported by omnivores (683 g/day, P<0.0001).”

Noticed something? Correct – either they eat calcium by the spoonful or none of the authors or reviewers noticed the unit mistake throughout the entire manuscript. This makes me wonder if the manuscript was even properly and thouroughly reviewed as promised by the publisher.

In conclusion the study itself is not necessarily of a low-quality. The authors designed and conducted the study properly and published in a peer-reviewed journal (debateable). The dilemma starts with the misinterpretation and incomplete reproduction of facts. Due to that the article implies a different message than the cited reference. This is neither an objective nor scientific way of delivering information.

Did you find help or learn something new? Please consider supporting by simply buying me a coffee. Thanks for making a difference.